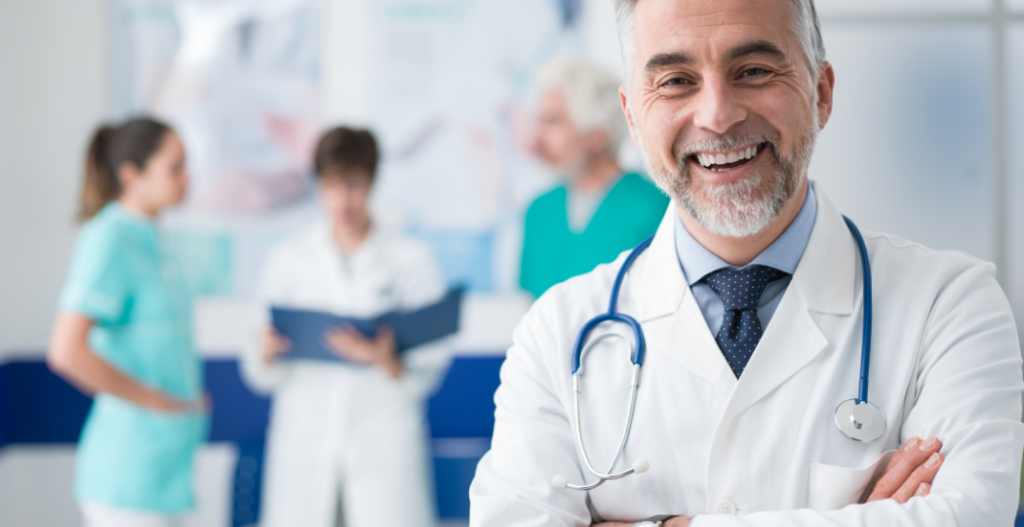 The State of Lung Cancer Research

Currently, 1 in 15 people in the U.S. can expect to receive a lung cancer diagnosis. Lung cancer kills almost twice as many women as breast cancer, and more than three times as many men as prostate cancer(1). In 2019, 142,670 Americans died of lung cancer – more than the next three cancers combined(2). Unfortunately, federal funding for lung cancer research per related death was just $1,680 compared to $24,846 for breast cancer, $12,644 for prostate cancer, and $6,344 for colon cancer in 2018(1).

Despite the fact that 65% of new lung cancer cases are found in former smokers and those who have never smoked and approximately 7,330 lung cancer deaths are due to secondhand smoke exposure, there is still a strong stigma associated with lung cancer(1). This stigma has led to a notable inequality in federal funding for lung cancer research. Lung cancer is often viewed as a self-inflicted disease and is thus deemed less deserving of funding(3).

With a 19% five-year survival rate, lung cancer ranks the lowest among the other most common cancers: prostate cancer (99%), breast cancer (89%), and colorectal cancer (65%). Fewer than 1 in 7 lung cancer patients will be diagnosed in the earliest stage, when the disease is most treatable. If lung cancer is caught before it spreads, the likelihood of surviving five years or more improves to 55%. Early detection through low-dose CT screening can decrease lung cancer mortality rates by 14%-20% among high-risk populations(1).

With new recommendations for screening, an estimated 15 million Americans are now eligible for lung cancer screening, doubling the current number(8). Yet according to a new report by the American Lung Association (ALA), only 5.7% of people who are high-risk for developing the disease are actually undergoing screening. This low rate of uptake may be due in part to the stigma attached to lung cancer and the consequential lack of substantial funding(7). This is an extremely low rate of screening, especially when compared to the screening rates of the next three cancers which have no attached stigmas. In 2018, the total capture of eligible patients for cancer screening was measured at 68.8% for colorectal cancer(4), 66.7% for breast cancer(5), and 39% for prostate cancer(6). It is time to lose the stigma with lung cancer and bring the screening rate to levels similar to those of other lethal cancers.

Attaining the average screening rate near the next three cancers at 58.2% over the next 5 years is a very achievable goal with the right leadership, tools and effort. Under the Affordable Care Act, private insurers must cover services, without patient cost-sharing, that receive “A” or “B” recommendations from the USPSTF(8). With a change in the stigma associated with lung cancer along with the implementation of an advanced lung cancer screening solution, organizations can realize screening rates that approach 50% within the first 5 years of implementation, saving millions of lives each year and producing significant revenue in the process.

In order to drastically alter these statistics, organizations must take action and implement an advanced lung cancer screening solution that has the essential components for rapid growth. The LCS solution should capture required data, increase the efficiency of staff,and ensure that patients do not slip through the cracks of complex screening and care delivery programs. With the new guidelines of lowering the screening age and smoking rates, it is essential to take action soon to prepare for the nearly doubling of eligible patients in the near future. The goal should be creating healthier communities by achieving higher screening rates within the next 5 years.

In the examples below, we illustrate the comparison of two LCS programs. The first, the most common situation, is a site using spreadsheets, a homegrown database, paper or a rudimentary application from the EMR vendor that requires a great deal of manual input. Without a significant increase to staffing, this scenario will achieve screening rates around 15% at the end of 5 years. The second is a site using an advanced LCS solution that captures the required data from the natural work effort of the radiologists and the EMR database as well as automating functions like mailings for results, follow up exams and other tasks, allowing the navigator to be significantly more productive. These sites will be able to get to 50% of eligible patients at the end of 5 years. 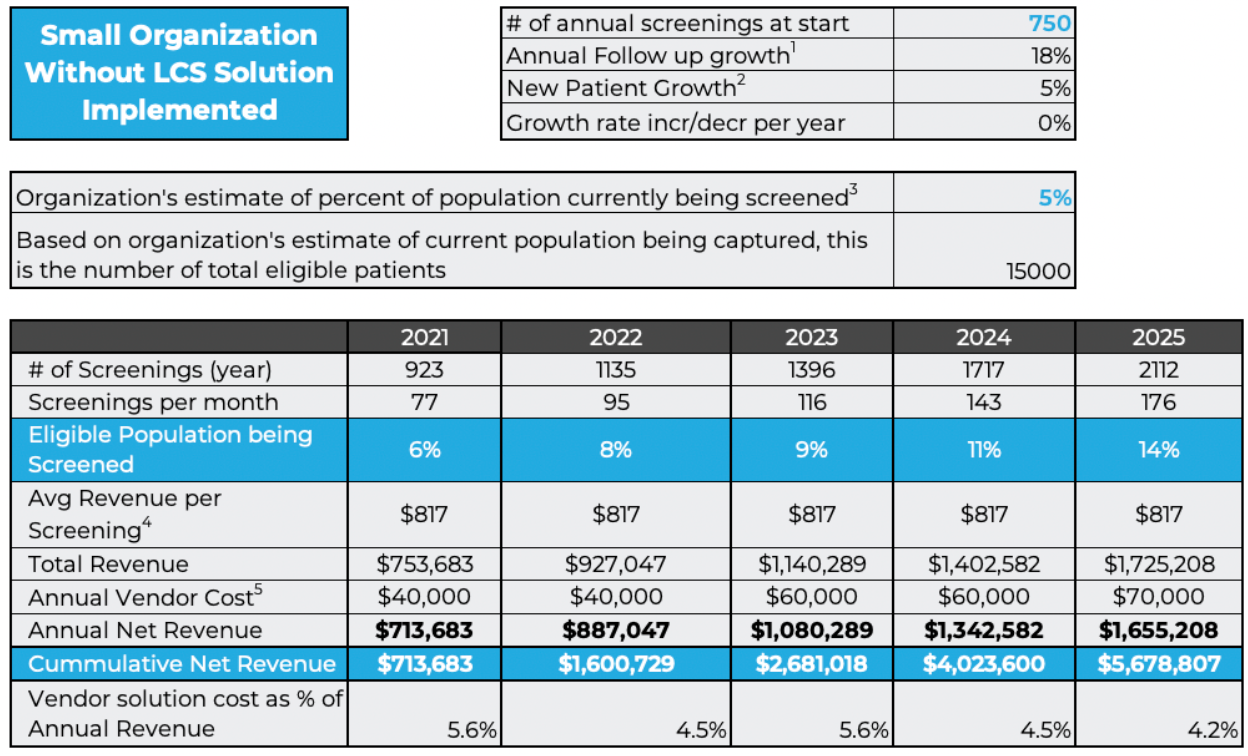 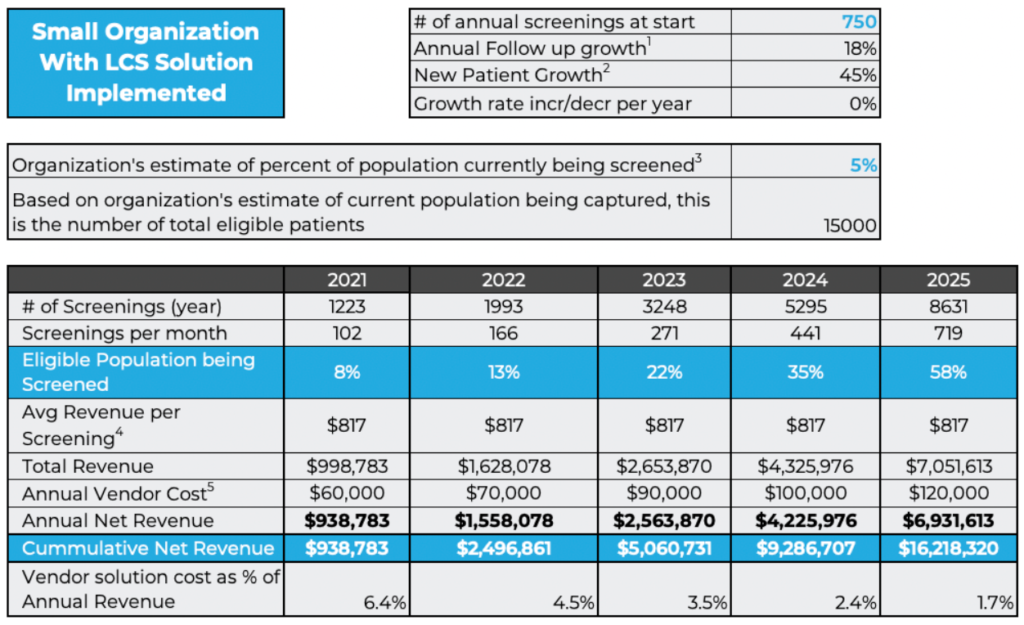 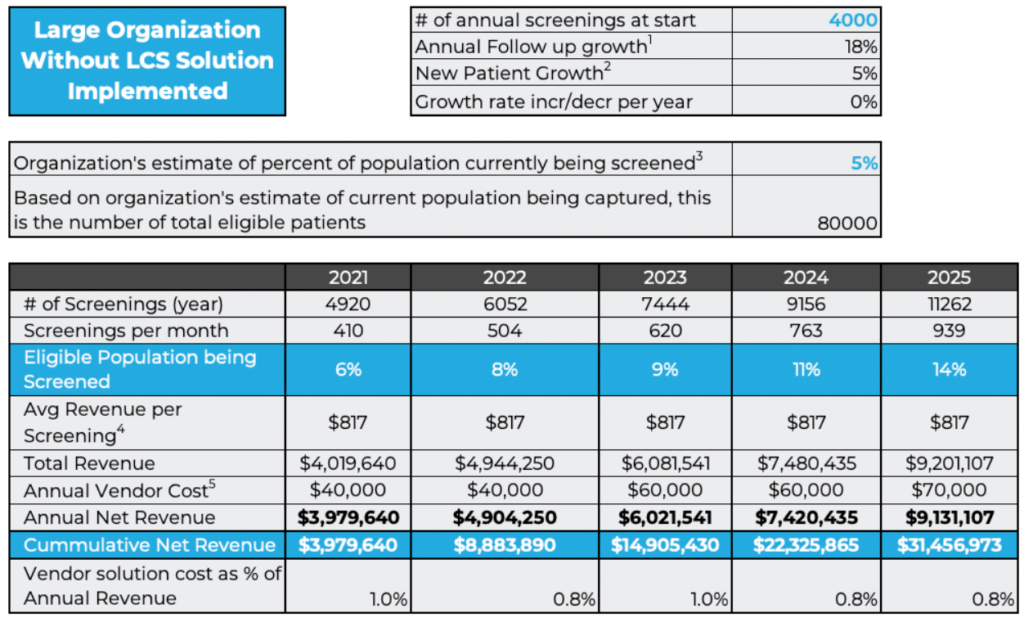 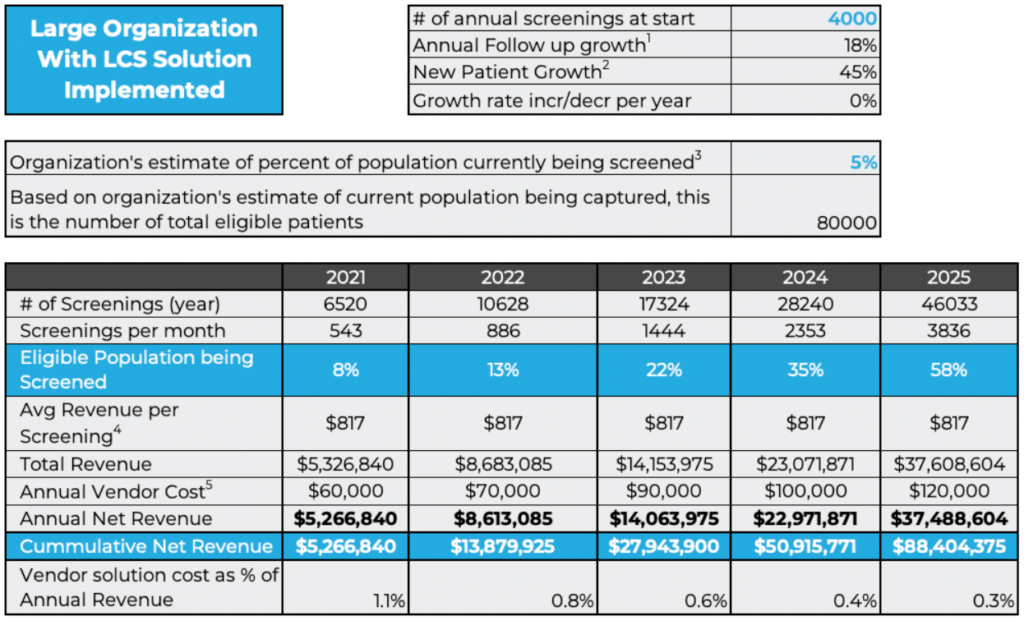 Assumptions as notated in examples above :

Thynk Health is designed for organizations looking to enable the rapid growth needed to meet the screening average of the next three cancers (colon, breast, prostate) at 58.2% over the next 5 years. In order for a LCS program to achieve this goal, their solution requires the following attributes, which Thynk Health demonstrates:

In addition to meeting these basic requirements for a LCS solution, Thynk Health’s Lung Module goes a step further and offers the following additional features:

Learn how Thynk Health can help you automate and grow your lung cancer screening program today.